The Bundestag is requested to adopt the following motion:

I. The German Bundestag notes:

1. The political reality in the run-up to the Warsaw NATO Summit shows that the North Atlantic military alliance has only one response to the world’s escalating conflicts – namely, pressing on even further in the wrong direction. Its self-imposed function of ensuring the NATO member countries’ defence against “armed attack” (Article 3 of the NATO Treaty) has been turned completely on its head since the 1990s. The new dawn offered by détente, which was joined in 1990 by the end of clash of systems, the idea of a common European home and the Charter of Paris, has given way to the global restoration of a military logic, primarily as a result of the actions of the NATO countries and the NATO administration. Today, this is significantly helping to undermine the trust between countries within the system of international relations. The war which NATO waged against Yugoslavia in contravention of international law was an early manifestation of the principle that was subsequently enshrined in NATO’s Strategic Concepts of 1999 and 2010 by means of a “broader concept of security”: the globalisation of the use of military force. Since then, the spirit and the letter of the UN Charter have been undermined by more and more countries, following the example of “might is right”.

NATO’s eastward expansion – the result of its “open door policy” towards central and eastern European countries – has the aim of securing stability in Europe, according to NATO. The opposite is true: the Ukraine crisis and the long-simmering Georgia conflict are part of an underlying conflict between Russia and the West over geopolitics in Europe, and at the same time a conflict between two different political strategies for dealing with this. One is NATO’s expansion strategy, while the other is the inclusive strategy favoured in 1990, in which real mutual security is ensured with the involvement of all European countries – i.e. including Russia – with the result that security becomes indivisible. NATO’s further build-up of military personnel and materiel along Russia’s western border, its ongoing and continuous manoeuvres, its initial moves to establish a NATO Black Sea fleet, and its dogged adherence to the construction of the so-called anti-missile shield are exacerbating military tensions and thus increasing the danger of an armed conflict with Russia in the medium term. Nothing remains of the idea, still prevalent in the mid-1990s, of a “soft power Europe” which would work within NATO to promote détente. Instead, nationalist-chauvinist hysteria and Russophobia in eastern Europe, above all in Poland and the Baltic states, are receiving strong support in the form of martial military gestures such as tank parades in front of Russian border posts or marches through these countries by US units. For its part, Russia is reacting to such provocations with unacceptable military posturing. Even the halting revival of the NATO-Russia Council does not fundamentally change the situation, as NATO has often proved quick to suspend it again when there are tensions. A spiral of escalation is developing in relations with Russia, one which poses a new level of potential danger – even a nuclear danger – and which will be difficult to remedy given the long-term nature of the measures. Turkey’s aggressive actions on NATO’s south-eastern flank, especially in Syria, also pose dangers, as was shown by the recent shooting down of a Russian strike bomber. Yet Germany and other NATO allies are continuing to pay court to the Erdogan government out of political expediency. In addition, NATO is continuing to play a leading role in conflicts in the Global South due to its approach of seeking to resolve conflicts by military means – a brutal war is being waged against the Taliban by proxies in Afghanistan, partnership initiatives are under way to train other proxy armies, and NATO is participating in the anti-refugee measures in the Aegean. NATO as an organisation is – both in Europe and globally – visibly unwilling and unable to pursue a political strategy of sustainable, non-military conflict resolution.

2. The Federal Government is a central stakeholder in the military build-up in Europe. Rather than openly criticising the escalation agenda pursued by the United States or various eastern European countries, it is busily driving forward the process of bolstering its own military. The Bundeswehr took on a central leadership and coordination role in the establishment of NATO’s “spearhead force” (VJTF) and the restructuring of NATO Headquarters Multinational Corps Northeast in Szczecin. Assuming leadership in Framework Nations projects is a win-win situation for Germany in both military and arms-policy terms: it can bind other countries to it logistically and at the same time support the arms industry in line with Germany’s own interests. NATO’s nuclear sharing strategy, i.e. the storage of US nuclear weapons in Germany and their potential use by German combat aircraft, was rightly regarded with scepticism by former Federal Minister for Foreign Affairs Guido Westerwelle during his time in office (see Die Zeit, 16 February 2010). Now, however, German security-policy think tanks with close links to the government, together with CDU hardliners, are setting the tone for a revival of the doctrine of nuclear deterrence in Warsaw. In 2012, the Federal Republic of Germany already voluntarily made itself dependent on the nuclear hardliners in NATO when it supported the agreement that only the North Atlantic Council can decide on the potential withdrawal of nuclear weapons from a member state, not the country itself. All of these developments are now to be driven forward by a significant further increase in defence spending by the European NATO members. Already, NATO countries’ military spending, which SIPRI data puts at just under 900 billion dollars, represents well over half of the world’s total military expenditure (Stockholm International Peace Research Institute, 2015). The Wales agreements, under which defence spending by NATO members is to be raised even further, to two per cent of each country’s GDP, are now to be affirmed in Warsaw (A. Vershbow, NATO Deputy Secretary General, 8 April 2016). The recent plans set out by the Federal Minister of Defence for increased defence procurements over the next 15 years mean that there is a clear roadmap for Germany, too, to conform to these NATO directives.

3. Fundamental legal rights in Germany continue to be violated by NATO military and intelligence structures and installations, especially the right to life and physical integrity, and the right of the individual to determine the use of his or her data. Firstly, military structures in Germany are, under NATO rules, still being used to wage the so-called “war on terror”. NATO provides support from German soil for “targeted killings”, for example by enabling the United States to use the US base in Ramstein to carry out drone attacks in contravention of international law in African countries and the countries of the Arabian Peninsula, with no possibility of criminal prosecution (Cologne Administrative Court, judgment of 27 May 2015 - 3 K 5625/14). The provisions of the NATO Status of Forces Agreement and its Supplementary Agreement pave the way for de facto impunity, as they give the sending NATO member states the right to decide whether German legal institutions can launch investigations (Article 17 of the Supplementary Agreement to the NATO Status of Forces Agreement). According to NGOs, the US “drone war” has cost several thousand people their lives, with attacks predominantly resulting in civilian victims. The German intelligence services’ involvement in passing on electronic data for NATO’s Joint Prioritised Effects List, which is the basis for clandestine operations by NATO countries’ special forces, gives rise to a strong suspicion that they too are part of the machinery of these killings. This illegal practice has never been publicly criticised by the Federal Government, let alone sanctioned by the North Atlantic Council. There is effectively no real oversight of NATO military structures by the Bundestag or the NATO Parliamentary Assembly regarding actions which contravene international law, for example.

“Targeted killings” are only the most drastic evidence of the organised illegality in the actions of NATO countries’ “military-information complex” (Glen Greenwald) as part of the so-called “war on terror”. Secondly, since as early as 2001, the extent to which US, British and German intelligence services access the electronic data of citizens in Germany has expanded to the point of being uncontrollable. Here too, the Supplementary Agreement to the NATO Status of Forces Agreement (especially Articles 3, 38 and 60) forms the basis for the services’ activities, e.g. those of the NSA at the Dagger Complex in Darmstadt, Hesse. The administrative agreements restricting the privacy of correspondence, described by one expert as an “attack on the free democratic basic order of the Federal Republic of Germany” (J. Foschepoth, Süddeutsche Zeitung of 12 July 2014), may since have been terminated – but the legal means by which spying on millions of people can be legalised, which formed the basis of these agreements, remain in force. Various NGOs and journalists believe that the electronic spying is still taking place.

Both of these issues show that, due to the legal status of NATO’s military structures in Germany, these structures not only enable systematic breaches of international law, but also ongoing, sweeping violations of German citizens’ fundamental rights. By its own admission, the Federal Government has been attempting for years to persuade the US government to change course on both issues – without success. The (absence of) court decisions on both of these issues also shows that Germany’s institutions are – in the current legal circumstances – seemingly incapable of stopping these violations of rights and the law.

4. Violations of international law and fundamental rights in Germany, wars of intervention in the South, further institutional expansion, and military, even nuclear, muscle-flexing directed at the East – more and more people in Germany are criticising NATO’s fundamental approach and turning away from it. Today, only 55 per cent of German citizens still believe that NATO ensures their security, with this figure falling below 50 per cent in eastern Germany (Pew Research Center, 10 June 2015).

In view of this, there is an urgent political need for a shift away from military interventionism in dealing with conflicts in the South and an end to the military posturing directed at Russia. Instead, the system of international relations must return to being based on respect for international law and the UN Charter, as the prerequisite for the creation of an international community of real solidarity and cooperation for the purpose of global justice. Europe needs resolute action to set in motion a process to create a peaceful order guided by the principles and structures of the Organization for Security and Co-operation in Europe (OSCE) and the Helsinki Final Act – a structure in whose favour NATO must be dissolved. A new start for comprehensive arms control and the disarmament of offensive military capabilities throughout Europe must be part of this process. The interconnected nature of security today and the reservations in Europe about the possibility of the Federal Republic of Germany going it alone, rooted in the fascist world war, mean that Germany’s political integration within Europe, and in particular with its neighbours, should be ensured at all times. This cannot, however, be achieved within NATO’s military structures: from Afghanistan and Iraq to Libya and Ukraine, the collective military logic of NATO’s command structure has regularly put pressure on Germany in support of, and not against, war and military escalation. Finally, a situation can no longer be accepted in which there are entities in the Federal Republic of Germany, in the form of NATO’s military structures, which are suspected of breaching international law and violating fundamental rights by continuing to provide assistance for the remote-controlled killing of human beings and by continuing to spy on millions of German citizens, and which are openly opposing the rule of law, because NATO’s rules enable them to prevent investigations and prosecution.

II. The German Bundestag calls on the Federal Government 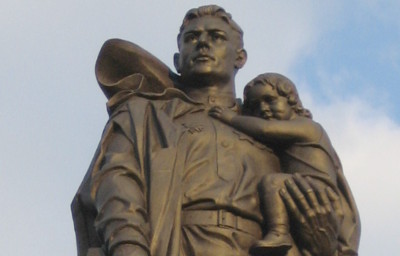 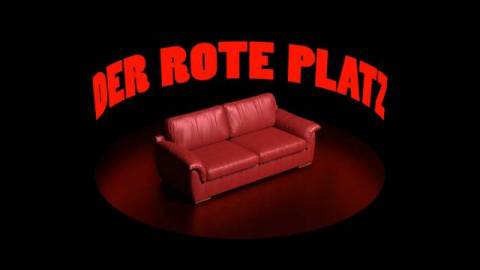